On Monday 25th, the Amarillo Globe-News and Lubbock Avalanche-Journal both chose to publish a cartoon portraying a police officer shooting an African-American child in the back. Even more outlandish was the cartoon’s assertion that such police shootings happen with the same frequency with which thousands of foreign families enter illegally into the United States. I am outraged and shocked that these west Texas papers saw fit to attack our men and women in blue and portray them as cold-blooded murders.

The reality is those police officers are more likely to be a target of violence. Law enforcement officers are approximately 21,000 times more likely to be assaulted by a citizen than they are to do harm. An estimated 58,000 police officers are attacked every year on the job in the United States. Just this week a sergeant with the Harris County Sheriff’s Office was hospitalized Tuesday after coming in contact with a fentanyl-laced paper flyer left on the windshield of her police vehicle. The brochure was one of several placed on nearly a dozen sheriff’s cars outside the sheriff’s office.

The absentee owners of the Amarillo Globe-News and Lubbock Avalanche-Journal perilously missed judged our local police from their homes in New York. Unlike other areas of the country, Texas law enforcement officers are participatory members in their community and as such, are quick to sacrifice for their communities. In Texas, a total of 1,731 peace officers have lost their lives serving and protecting the citizens of Texas. 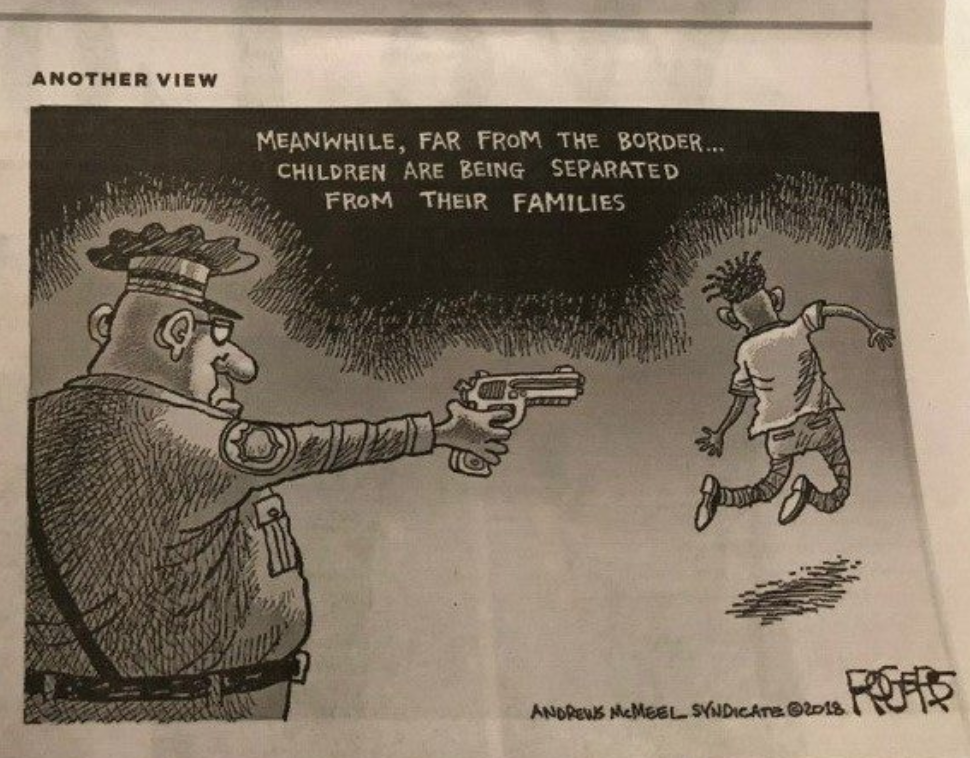 In 2016, activists held police anti-violence rallies across the county. Unlike other cities, Dallas police marched with protestors. Early in the parade, officers were posing for photographs with demonstrators on social media. Unfortunately, a shooting spree disrupted the collaborative and festive march between Dallas police and citizens. Dallas police did NOT run from the shots; instead, they courageously shielded the marchers they swore to protect, resulting in the death of five police officers, with an additional seven officers suffering injuries. Thanks to the heroic efforts of the men and woman in blue, only two marchers out of an estimated 800 were wounded. None of the marchers died.

The police officers I know in Texas, where I work and live, are outstanding members of their community. The local editors of the papers and their New York owners should be highlighting the exceptional jobs done by our men and women in Texas law enforcement— not mocking and ridiculing their public service. There are enough real villains in this world without the need to create new ones— especially not by using local police who are the real-life heroes in our daily lives.

6666 ranch sold to ‘Yellowstone’ creator’s group; Deal for all 3 divisions to close in July